With thanks to Jim Munro and Royce Atkinson for their imput into this article.

The German Death List or GDL is a list of names of soldiers killed in the Battle of Fromelles sent by the German Army through various channels to the British in November 1916.

In accordance with the Geneva Convention, German soldiers recorded the details of enemy soldiers killed or captured, afforded the enemy dead appropriate burial and repatriated identity tags and personal effects through the Red Cross. 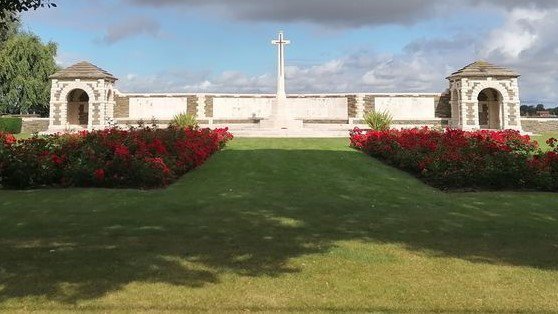 When Lambis Englezos was trying to establish whether some Australian soldiers who had been killed in the Battle of Fromelles were unaccounted for in burial records, he started with the numbers and lists in Robin Corfield’s Don’t Forget me Cobber and then worked through the Australian Red Cross Wounded and Missing Enquiry Bureau files (ARCW&M files) to develop a list based on the soldiers with no known graves listed at VC Corner and at Villers Bretonneux less those “unknown” burials at surrounding cemeteries. He found that the GDL document is referred to in records of several Australian soldiers killed in the Battle of Fromelles, and so he began a search for the GDL, of which a definitive list of the 250 soldiers buried at Pheasant Wood has yet to be located.


Each of these organisations that handled the German Death List kept records of these informational and material transfers. Hence there were archives of the Bavarian Regiment in Munich (The German Army was composed of the Armies of the federated States that each kept their own records), the German Red Cross, the International Red Cross in Geneva, the British Red Cross and British Army in London, the Australian Red Cross Wounded and Missing Enquiry Bureau files in Australia and the Australian Army records.

The WW1 British Army service records having being damaged by bombing during the Blitz of 1940 that set ablaze the storage facility in London where the bulk of the papers were held, and many of the records, if not destroyed outright, were badly fire and / or water damaged.

The Bavarian archives in Munich consisted of 27km of archive shelves, similarly, the International Red Cross archives in Geneva contain the records of more than 20 million soldiers and had virtually not been touched since the Armistice in 1918 and apparently had not been searched for the GDL until British historian Peter Barton was commissioned to do so in 2007 and 2008.

Some the Red Cross Wounded and Missing Enquiry Bureau files of Australian soldiers killed in the Battle of Fromelles contain German Death Vouchers and so Lambis and Team commenced trying to re-build the list. Tim Lycett and Sandra Playle in a collaborative approach, built upon the list developed by Lambis and the Friends of the 15th Brigade with Sandra researching and preparing initial family histories and Tim concentrating on researching the service related records and seeking out descendants. This resulted in a Working List of 175 names of soldiers thought to be interred at Pheasant Wood.

These lists were extended, refined and validated through several processes and then scrutinised by the Australian Fromelles Project Group “Historians Round Table” meeting convened at the Australian Army Headquarters in Canberra on Tuesday 25 November 2008 by Major General Mike O’Brien.

Following the sharing of information, reconciliation of the alternative lists of Australian soldiers thought to be interred at Pheasant Wood took place to determine the working list. This clarified that 178 Australian soldiers should be included in the working list. Subsequent research resulted in a further 13 names being added to the Working list in February 2009 as a result of searching of the International Red Cross archives in Geneva by British historian Peter Barton, bringing the list to 191 names.

As the GDL is a list of the names confirming soldiers who died at Fromelles and whose ID tags were returned to the Australian Army, by the German Army and via the Red Cross, it does not include the names of soldiers buried by the Germans whose identity was not known to them. So far 36 soldiers whose names were not of the Working List (or GDL) have been identified by DNA matching with relatives and other supporting evidence.

The list is used to monitor the progress of the identification process as well as documenting those soldiers, most likely to being identified.

With 84 soldiers remaining to be identified, all with DNA profiles and the names 67 of these known, DNA matching with relatives is a major focus. However, despite years of research, and the finding of donors, some of the GDL soldiers have not been identified and further research and or other explanations will be required.

- An example of how soldiers are added to the "Working List" 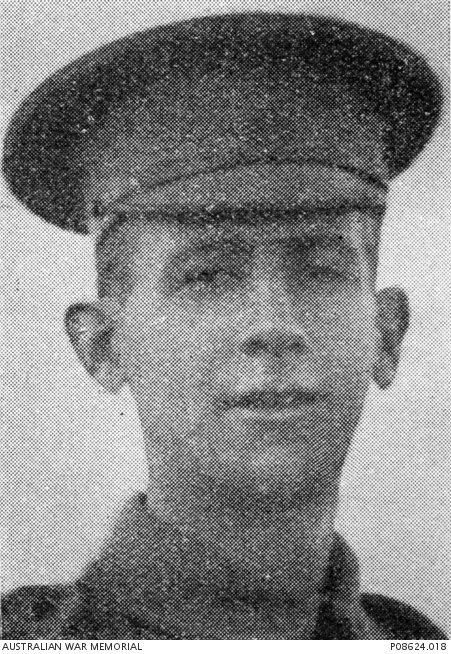 Lt. Robert David Burns was reported as “MISSING” on 22 July and his name “placed on the seconded list”. By 31 July, the 14th Brigade Diary records his status was “WOUNDED and MISSING”. The Burns family was notified by cable that Robert was missing.

A letter was then sent to Mrs Ernest (May) Brooks on 1 December 1916. Mary Margaret (May) Burns, daughter of James and his first wife Mary (nee Ledingham), was the step-sister of Lt. Robert Burns. She married Ernest Brooks at Parramatta in 1899 and was living in London and was to be contacted if Robert became a casualty.

The German Death list dated 4-11-1916 was submitted as evidence at a Court of Inquiry and the British War Office on 24 February 1917 advised the AIF Administrative Headquarters that Lieutenant R. D. Burns was Killed in in the vicinity of Fromelles, 20 July 1916.

On 13 March 1917, Lieutenant Robert Burns’ identification disc was received in London and despatched to his family 8 days later.

His Service Record also contains a copy of his ‘Death Voucher’, although it is not noted when or how it was received, but may have accompanied his Identity Disk.

The Australian Red Cross Wounded and Missing Enquiry Bureau files were also updated. An index card dated 29 March 1917 records that Lieut. Robert Burns, previously reported Missing is now reported by the AIF Headquarters as Killed in Action 20-7-16. It also shows a draft of advice dated 31 March 1917 to Mrs Ernest (May) Brooks to that effect.

The family was officially notified of Lieutenant Robert Burns’ death on 26 March 1917 by cable with a letter of confirmation following on 2 April 1917 and his Service Record was amended on 11 April 1917. Despite the detail provided in the Court of Enquiry decision and recorded in his Service Record, no details of the location or circumstances of his death were provided to the family. This lack of detail was to cause confusion and concern to the Burns family until early 1920.

Thus Robert David Burns was added to the Working List. In 2008 a burial ground was located at Pheasant Wood containing the bodies of 250 British and Australian soldiers including Lt Burns. All of the remains were reburied in the newly created Fromelles (Pheasant Wood) Military Cemetery. At the time of the official dedication of the new cemetery on 19 July 2010, ninety-six of the Australians, including Lt Burns, had been identified through a combination of anthropological, archaeological, historical and DNA information.