Extracts from The Search Continues .... As published in April 2021 Newsletter

The location of the missing soldiers at Fromelles became the focus of the now historically famous and longrunning investigation by Lambis Englezos, Ward Selby and John Fielding. It started with Jack Bowden, who along with his mate Lt Wally Vaile, were keen rowers before the War, and Jack was Club Captain of his rowing club for a few years. When Robin Corfield was researching his book Don't forget me Cobber by Robin Corfield" he looked at many Red Cross Wounded and Missing Personnel files of the missing from the Battle of Fromelles. In only one file – that of Jack Bowden - was there mention of perhaps being buried near ‘Pheasant Wood’ in German records. It was in a paragraph from Robin Corfield's book published in 2000, that Lambis Englezos first saw a reference to ‘Pheasant Wood’. Lambis has since referred to that reference as ‘serendipity and chance’

Lambis had been to Fromelles in 1996 for the battle’s 80th anniversary, but in 2002 embarked on his quest to find the missing. He was aware of the term ‘Pheasant Wood’ but didn’t know what it meant. This was one of the most significant clues to eventually finding the 250 buried diggers. An article was published in The Australian newspaper on 18 July, 2003. Lambis was cited as believing the burial site for the remains of 250 missing Australia soldiers were believed to have been found. Having met Martial Delabarre in 2002, he became aware of local farmers’ comments about soldiers having been buried in a farmer’s field.

Lambis had found aerial photographs of the site at Pheasant Wood, taken after the battle, showing what were believed to be burial mounds. Lambis thereafter concentrated his investigation on the site adjoining Pheasant Wood. Lambis says: ‘The research and advocacy was a team effort, with a wonderful result. Ward Selby, John Fielding and I presented to an expert panel in 2005. We made our case for a search of the site suspected of being a burial site, next to the Pheasant Wood. We followed due and official process.’ But the panel was insufficiently convinced and unmoved. Then in 2006 everything changed. The German Burial Order of 1916 was found in archives in Munich, Germany.

The Australian Army then established a process by which the excavation of the site at Pheasant Wood could be undertaken, leading to confirmation of the existence of soldiers’ remains, and their eventual recovery. 2007 saw an exploratory non-invasive survey undertaken at Pheasant Wood, led by Tony Pollard of Glasgow University Archaeology and Research Department. In that investigation a heart-shaped medallion with ‘ANZAC’ written on it, and a Shire of Alberton medallion were found at Pheasant Wood, which were of Australian origin, in a location at which Australian soldiers had not reached in battle. There must be soldiers buried at Pheasant Wood after all. In 2008, a preliminary and limited excavation was able to be undertaken. Human remains were found...

This led to the approval of the excavation of the remains of soldiers now confirmed as being buried next to Pheasant Wood in 1916. 2009 saw the unearthing of the burial pits at Pheasant Wood, and the beginning of an archaeological excavation in which 250 soldiers’ remains were located

The identification process was of the utmost scientific rigour from beginning to end. Subject matter experts systematically analysed all the pieces of available evidence, including all available military documentation, information from families, family trees, the results of the DNA analysis, items found with the soldiers, the results of the scientific analysis of the bodies and photographs of the soldiers as well. On the basis of this, recommendations were made to the Joint Identification Board for their consideration and the first identifications of the soldiers were made. For those lost so far from home. Since then, the data analysis team has met annually up until 2019 (with the exception of 2015) and has continued to recommend identifications to the Joint Identification Board.

In 2010 the new Pheasant Wood Military Cemetery at Fromelles was dedicated with all the remains unearthed in 2009, reburied in their own dedicated plots. The dedication ceremony took place on 19 July, 2010. The remains of the final soldier to be re-buried were interred at the ceremony, 94 years after the battle which claimed his life. The identities of 96 soldiers had been determined before that dedication took place.

One of the archaeological team was Dr. Louise Loe of Oxford Archaeology, who led the excavation of the clay pit graves and has been serving as a subject matter expert on the data analysis team, formed specifically for the identification process. Dr. Loe was shown photographs of some of the soldiers identified, after the soldiers had been reburied, but before the new cemetery at Fromelles was dedicated. Dr. Loe wrote:- ‘The first time that we saw the faces of the names we had matched with individuals who we had recovered was incredibly poignant.’

Lambis was awarded Member of the Order of Australia (AM) in 2009. Jack Bowden hasn't been identified as yet although Lambis believes he is buried at the new Pheasant Wood Cemetery. Hopefully, confirming DNA for Jack Bowden can be found. From Lambis and the families who have been involved in identifying the missing soldiers of Fromelles, we thank the Australian Army for establishing a process that eventually led us to confirmation and recovery of 250 missing diggers. A video from the ABC recorded in 2010, is available on Youtube and is titled ‘Australian Mass Graves Discovered in France .

It mentions 90 having been identified through DNA and other means. That figure is now 166, and we expect there will be more to come following the convening of Joint Identification Boards. As Lambis frequently says: ‘Dignity and identity for the soldiers of Pheasant Wood, and those to come.’ 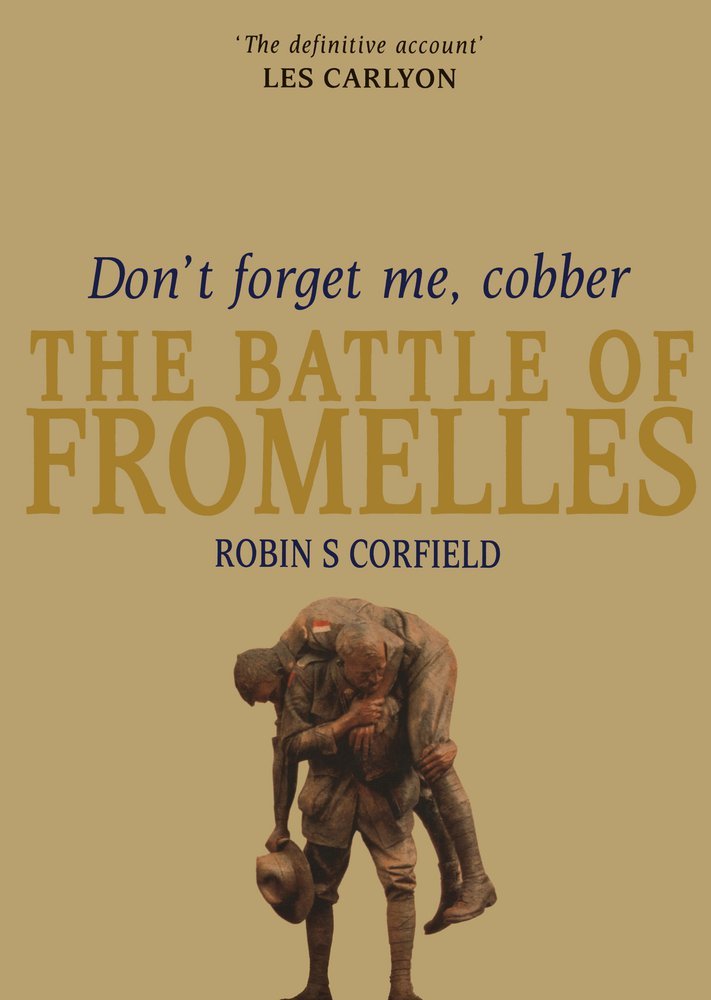