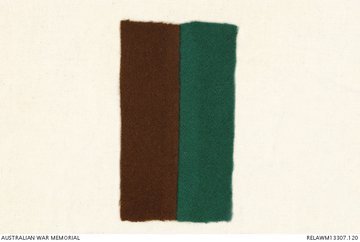 The 55th Battalion was raised in Egypt on 12 February 1916 as part of the "doubling" of the AIF. Half of its recruits were Gallipoli veterans from the 3rd Battalion, and the other half, fresh reinforcements from Australia. Reflecting the composition of the 3rd, the 55th was predominantly composed of men from New South Wales. The battalion became part of the 14th Brigade of the 5th Australian Division.

Arriving in France on 30 June 1916, the battalion entered the frontline trenches for the first time on 12 July and fought its first major battle at Fromelles a week later. The battle was a disaster, resulting in heavy casualties across the division. Although in reserve, the 55th was quickly committed to the attack and eventually played a critical role, forming the rearguard for the 14th Brigade's withdrawal. Despite its grievous losses the 5th Division continued to man the front in the Fromelles sector for a further two months.