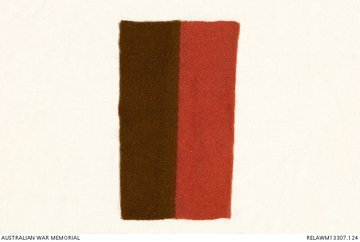 The 59th Battalion was raised in Egypt on 21 February 1916 as part of the expansion of the AIF. Approximately half of its recruits came from the veteran 7th Battalion, and the other half were fresh reinforcements from Australia. Reflecting the composition of the 7th, the 59th was predominantly composed of men from rural Victoria.

The battalion became part of the 15th Brigade of the 5th Australian Division. On 19 July 1916, the 59th became embroiled in its first major battle on the Western Front, less than a month after it arrived in France.

The battle of Fromelles was a disaster for the 59th. Attacking in the first wave, the 59th suffered heavy casualties at the hands of German machine-gunners, and its advance faltered far short of its objective. Despite grievous losses, the units of the 5th Division manned the front line around Fromelles for a further two months.