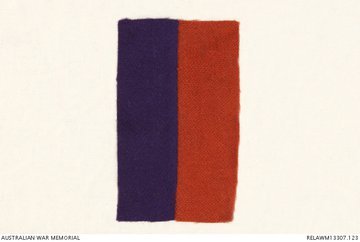 The 58th Battalion was raised in Egypt on 17 February 1916 as part of the expansion of the AIF. Roughly half of its recruits were Gallipoli veterans from the 6th Battalion, and the other half, fresh from Australia. Reflecting the composition of the 6th, the 58th was predominantly composed of men from Victoria. The battalion became part of the 15th Brigade of the 5th Australian Division.

Having only arrived in France on 23 June, the 58th became embroiled in its first major battle on the Western Front at Fromelles on 19 July. The battle was a disaster. The 58th had the dual role of providing carrying parties and a reserve force. The reserve force (approximately half of the battalion) was ordered to attack late in the battle and was virtually annihilated by machine-gun fire; as a whole, the 58th suffered casualties equal to almost a third of its strength.

Despite the grievous losses in its battalions, the 5th Division continued to man the front in the Fromelles sector for a further two months.